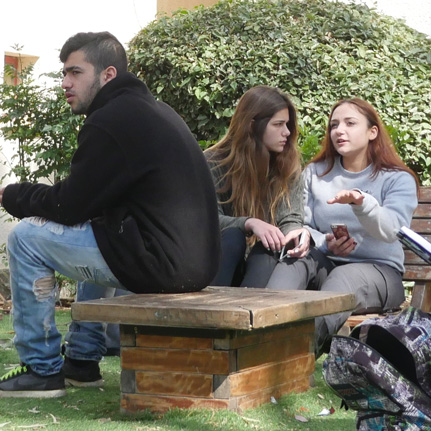 The 2017 top high schools in Israel were chosen by the Ministry of Education and three schools within the educational network of World ORT Kadima Mada have been awarded this distinction. The high schools at Hodayot and Kfar Hassidim youth villages, and the Levinson high school in Kiryat Yam were each recognized in the top three categories of excellence. Each of these institutions caters to disadvantaged youth at risk from troubled socio-economic backgrounds who face academic and social challenges.

“We are delighted that only two years after we established our network, half its members are among the best in the country,” said World ORT Kadima Mada national director Avi Ganon.

The criteria for ranking the high schools include the percentage of students who study science at the highest level of 5 units; the increase in students who can obtain a matriculation certificate; the number of students who obtained a high-level matriculation certificate; the number of students graduating with distinction; the stability of the institution while increasing its achievements; and the percentage of graduates inducted into the Israel Defense Forces. These elements are also part of the educational objectives of Kadima Mada, whose programs help reduce the gap between education in Israel’s under-resourced peripheral areas and education in the central population zone with richer resources.

“It’s a privilege to support educators who demonstrate the extraordinary skill and dedication necessary to be recognised in this way,” Avi said.

Ofer Yerushalmi, the principal of the school in Hodayot, is not surprised by the inclusion of the three Kadima Mada network schools. “Our schools provide a supportive educational environment for a diverse population; we take responsibility for the development of the values and personalities of our students, and guide them accordingly,” he said. In Hodayot, Kfar Hassidim and other Kadima Mada locations, many students are immigrants from under-privileged families who have performed poorly in the traditional academic system and for most, these schools are their last chance.

“The key to the success of the educational process is the teaching staff, who view themselves as ‘significant adults’ for the children,” Ofer explained. “They build relationships with the students enabling real dialogue, and help them overcome the distress they’ve experienced in their lives.”

Teachers in schools on the list receive a financial award from the Ministry of Education in recognition of their efforts. In 2016, the World ORT-affiliated school in the northern Druze community Hurfeish was ranked in the top tier of the awards list. Congratulations to Kadima Mada and the outstanding staff of these three schools!