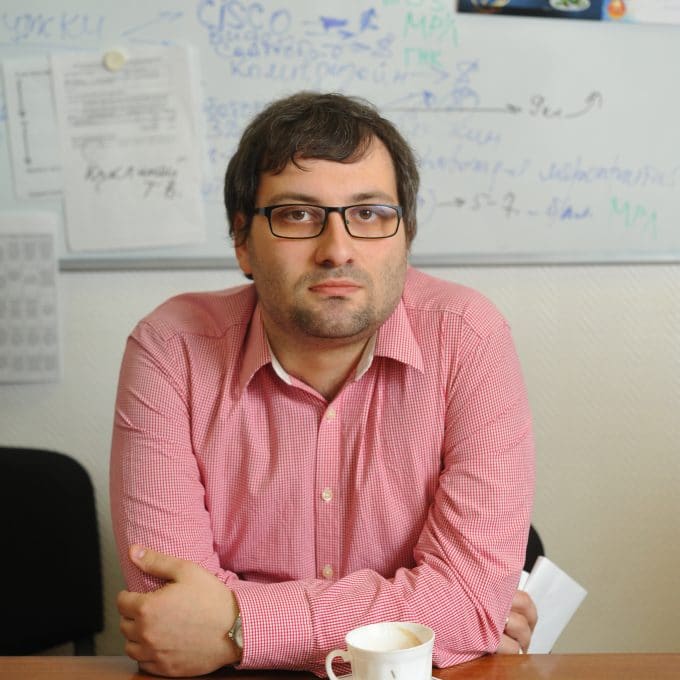 Mikhail, 36, was born in Moscow and has worked for ORT Russia for the past 19 years and is now its national director. He is a father of three children. Here he explains how ORT helped to open doors which changed his life.

I’m from a very classical Soviet Jewish family. Both of my parents are Jewish, born in Moscow. All of my grandparents and great-grandparents were from Ukraine and Belarus.

I and my brother grew up at the end of the Soviet period and our family was absolutely assimilated – I didn’t have any Jewish traditions at home, didn’t know any Jewish holy days. We didn’t even know we were Jewish until our parents decided to send us to a Chabad summer camp in the early 1990s.

The main Jewish journey for my family started in 1996. I had some problems at school which started when my classmates found out I was Jewish.

I was 13, in the seventh grade, and my parents wanted to find a better school. They had two main criteria: a good education and a safe environment.

My parents checked many options in Moscow, including some Jewish Orthodox schools. But they didn’t want to send me to one because they were afraid I might become too religious. That would have been unacceptable to them.

One day they visited the ORT school in Moscow and were absolutely shocked by the great relationship between the teachers and students, and the level of the IT education and equipment.

I was very interested in IT since I was a young boy. When they showed me the school I didn’t want to consider any other option. I was hooked.

During the next four years I felt like I had another family. School not only provided one of the best educations in the city (I was accepted to a very prestigious university after school, to the faculty of applied mathematics) but also opened a door to the Jewish community to me and my family. After a year my parents decided to move my brother to the school as well.

I learned the basics of Hebrew, Jewish traditions and a lot about Israel. We had a very productive system of informal education. I participated in the March of the Living project in Poland and travelled to Israel for the first time – all because of the ORT school. I also asked my parents to send me to the Szarvash summer camp for young leaders in Hungary.

I was a Taglit Birthright Israel group leader more than 10 times. I met my wife because she was in JAFI summer camp and my brother was her madrich (group leader). He was there because he finished a leadership course at our ORT school.

My brother met his wife because she had been at the ORT school in Kishinev. Her family was absolutely assimilated and had just looked for a good school – the same as my parents but in a different country – in Moldova. Now she is head of the youth department at JAFI in Moscow, and her brother is a leader of Moldova’s Jewish community.

I can’t tell you which organisation formed my Jewish identity, but I can tell you that ORT opened the main door to the Jewish community for my family in 1996.

And one more thing. Brucha and Shaya Cheskis from Zhitomir – my great-grandparents – had four kids including my grandmother Khaya; five grandchildren; nine great-grandchildren and only two out of all of them have remained Jewish – me and my brother.

The importance of this has never been more obvious to me, has never been so deeply felt, as when I saw my father holding my son during his brit milah, and I broke down in tears.