The latest happenings at ORT America.

Please patronize Barnes & Noble and our gift wrap for your holiday gifts!

They have great gifts and we do a great job wrapping!
Your fundraising efforts will enable over 300,000 students in over 50 countries to continue to receive valuable educations which they otherwise would not be able to obtain. ORT Works!

We need you! Please volunteer your time to make this effort a success!
If you cannot work the 4 hour time slots indicated, please call and volunteer for the times you are available. All help is welcome and needed. Also, those who need a ride or can provide a ride, please let Marilyn Rubin know.

Join us for a joint meeting with the sisterhood of Congregation Beth-El/Ner Tamid.

Our guest speaker Bill Coleman will speak about the The Pope and Mussalini.

At a new luncheon scene

With soups or salads and sandwiches too

We’ll share all the news both old and new.

Please contact Betty by Tuesday, December 26, 2017 to make your reservation.

Family & Friends are invited to join in the Fun. Door Prizes & Refreshments.
Seating is Limited; reserve your space today.

Bob Bahr serves on the film selection committee of the Atlanta Jewish Film Festival and frequently introduces films. His “Best Bets” event introduces each year’s  festival programming. Bob was an award winning reporter and producer for CBS News and CNN’s Documentary Unit; he directed and produced the  feature length documentary, The Reagan Years, for MGM.

Bob lectures regularly on film and popular culture in the Atlanta Jewish community and at Emory University.  His course “In Search of Three Jews:  Woody Allen, Sidney Lumet, and Steven Spielberg At The Movies” runs for 10 weeks at the Marcus Jewish Community Center beginning January 10.  His “Movies, Music and Spirit – The Southern Roots of an American Revolution” starts February 22 for 6 weeks at The Temple. 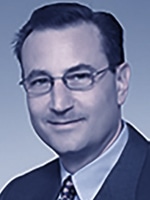 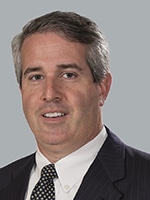 ORT Members and significant others invited.

For more information, please contact Barbara Statland at 847.291.0475 or
bstatland@ORTamerica.org

Please join us and your fellow ORTists for a special afternoon.