Yana joined ORT America in November 2015 but her journey with ORT started in the ORT high school she attended in Israel. Yana has a strong passion for education and Jewish community. Prior to arriving at ORT America, she worked in a private school as both the head of the Judaic department and the Communications Director. Yana brought innovation while improving and creating new and successful fundraising programs. She planned and created the curriculums for the Judaic studies program and managed the staff.

Before moving to the United States, Yana worked in marketing for a high tech company and in the food and beverage industry in Israel.

Yana is an enthusiastic, creative, and dedicated person. In her free time, her passion is Yoga (in which she is a certified instructor), writing short stories and exploring new cuisines.

Yana is fluent in English, Hebrew and Russian. From 2007-2009 Yana served in the IDF Intelligence Unit. Yana holds a BA degree in Communications and Marketing.

Yana is happily married to Alex and they live in the city by the bay, San Francisco. Pamela Klier-Weidner spent many years as a professional dancer, singer and actress and then transitioned to become an international speaker and trainer for numerous Fortune 500 corporations. Before finding her niche in the nonprofit sect more than a decade ago. Pam spent more than 25 years in corporate training, public speaking, voice over, production, and speech writing through More Moxie, Inc., a corporation she founded and led for more than 20 years. She attributes her lengthy success in the for profit sect to relationship building, listening to others, and making sure all people believe their opinions, feelings and voices matter.

Pam’s natural evolution into the nonprofit sect led her to an immensely successful fundraising career. For eight years she was the director of development and organizational advancement at the Jewish Council on Urban Affairs. Simultaneously, Pam also served on the board of directors for Prevent Child Abuse America. More recently, Pam was the director of development and institutional advancement at The Family Institute at Northwestern University, and is currently on faculty at DePaul University Continuing and Professional Education where she developed fundraising curricula for individuals already in the development field. Pam also serves on board of directors for Serenity Academy. In her spare time, she creates workshops for the University of Chicago, District 65 and other organizations and institutions, in volunteer management, fundraising and team building.

Pam lives in the suburbs of Chicago with her two daughters and her beloved fur babies, Polly and Erin. Robin joins ORT America with extensive development experience in the nonprofit world. For the past seven years, Robin served as National Director of Planned Giving and Regional Director for the Southeast Region at AMIT. Prior to joining AMIT, Robin held various positions at other prominent non-profits, including Director of Development for the JCC of the Greater Palm Beaches, Chief Development Officer for Hibiscus Children’s Center, and National Grassroots Fundraising and Membership Specialist for Hadassah.

Robin was instrumental in the establishment of the SS St Louis Legacy Society Foundation, where she is currently a co-owner and senior board member.  In 2012, the foundation and survivors of the St Louis were invited to the U.S.Department of State for a formal ceremony with dignitaries and the entire diplomatic corps in order to receive regrets and apologies from the President for turning the St Louis away. The Foundation presented a copy of Resolution 111 passed by Congress and signed by the surviving passengers to the State Department, and it hangs there today.  The original resolution with signatures is housed in the U.S. archives vault next to George Washington’s Inauguration speech and other National Treasures.

Robin also co-founded a youth sports league that now serves almost 600 children each season.  In 2009, Robin worked with then-Senator Ted Deutch to successfully change a Florida law to protect Florida’s prepaid education policies, ensuring that funds remain intact to be used for the original intent of education for the children.

Robin attended Hunter College in New York and received her Bachelor’s Degree in Social Psychology from Florida Atlantic University.  Robin resides in Boca Raton, Florida and has two children: Jonathan, who is married to Amy, and Jared, who is married to Kaitlyn.

Nicole Miller grew up in suburban Detroit, graduated from the University of Michigan in 1995 and earned a law degree from New York Law School in 1998. Before accepting a position with ORT, Nicole practiced law in New York City at the law firm LeBeouf, Greene & MacRae, and later with Michigan law firm, Michael Morse, P.C. While in Detroit, Nicole also planned and coordinated events for Star Trax Corporate Events, and served as a consultant for the Detroit chapter of Men’s American ORT - by providing supervising (formerly) American ORT’s annual Rub-a-Dub fundraiser from 2003-2005. In 2005, she served as the lead coordinator for the Rub-a-Dub event – the ORT America Michigan Region’s largest annual fundraiser until November of 2009, when she came on as the Regional Director for ORT. Nicole is mother to Max and Bella."

Alyssa Giterman grew up in Cleveland, graduated from the Ohio State University in 2015 and earned a Master’s degree in Public Administration from Cleveland State University in 2019. Before joining ORT, Alyssa worked in the Jewish nonprofit world at Hillel at Kent State as an Engagement Associate and at the Montefiore Foundation as a Development Associate. She also worked in development and grant writing at the Downtown Cleveland Alliance, developing an interest in economic development and urban planning. Alyssa enjoys event planning, building community, and fundraising for the Jewish people. In her free time she enjoys trying new restaurants and being with her husband, Alex and dog, Olive. 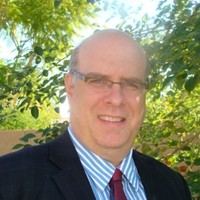 Heath comes to ORT with a vast non-profit career spread over 30 years. His most recent job was Executive Director of the Los Angeles office of the Israel Cancer Research Fund. During his career, Heath has worked in leadership positions at the Jewish Federation of Los Angeles, Jewish Federation of Greater Phoenix, Jewish Community Center of Phoenix and Jewish Community Center of Baltimore. Heath began his career in the Jewish nonprofit arena working for BBYO both in Baltimore and Los Angeles. He also worked as the first Director of Development for Free Arts of Arizona, bringing the art of healing to homeless and abused children.

Heath has an MSW from Yeshiva University and a BS from the University of Maryland. He is married to Lisa and they have three children and two grandchildren.