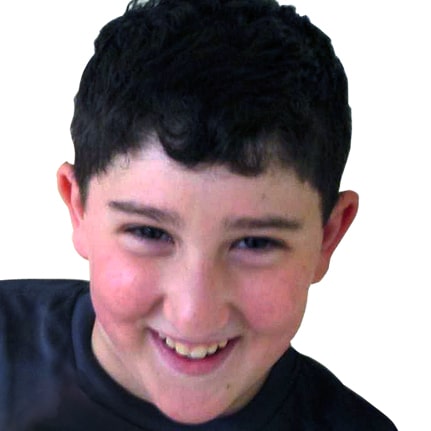 A teenager from West Bloomfield, Michigan, Josh Pearlman, was accepted at the ORT Anières Elite Academy in Israel as one of 30 students from abroad, and will begin there in September.  Josh, who turns 14 in August, attended local public and Hebrew schools and is very keen on math, science and computer pursuits and excels in these areas.

A representative of Anières circulated at the recent Walk for Israel event in Michigan, and Josh became immediately interested when he learned about the program.  His mother Alicia saw the appeal of Anières right away.  “It’s a perfect fit for his personality and interests,” she said.

Although Josh’s parents have visited Israel and his older sister participated in Birthright in 2015, Josh has never experienced Israel – but he is excited about the program and very strongly wants to participate.

Anières is an ORT scholarship boarding school for native Israelis and teens from other countries who study advanced science and technology and might continue at the Technion (Israel Institute of Technology) to complete a degree in engineering.  The program was initiated in 2013 in partnership with the Israel Ministry of Education to build a future generation of engineers for the Israel Defense Forces and Israeli industry.  Students attend high school in Nahalal youth village, beginning with a year of intensive Hebrew instruction combined with a regular curriculum. They participate in science and technology enrichment classes, some in conjunction with Technion.  Those who eventually become Israeli citizens can defer their military service until completion of their university studies, when they will serve in the IDF as engineering specialists.

Before learning about Anières, Alicia was familiar with ORT but unaware of the wide scope of ORT educational activities. She and her husband Barry are thrilled their son has this opportunity.

The Anières program is made possible in part thanks to the generosity of donors. Your gift can help ensure that Israel develops a new generation of engineers to tackle its challenges of the 21st Century.